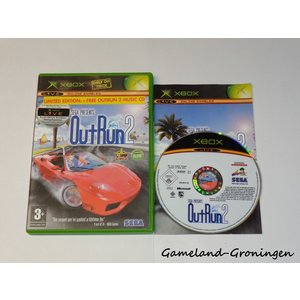 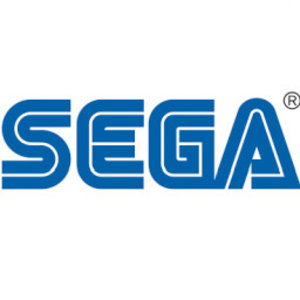 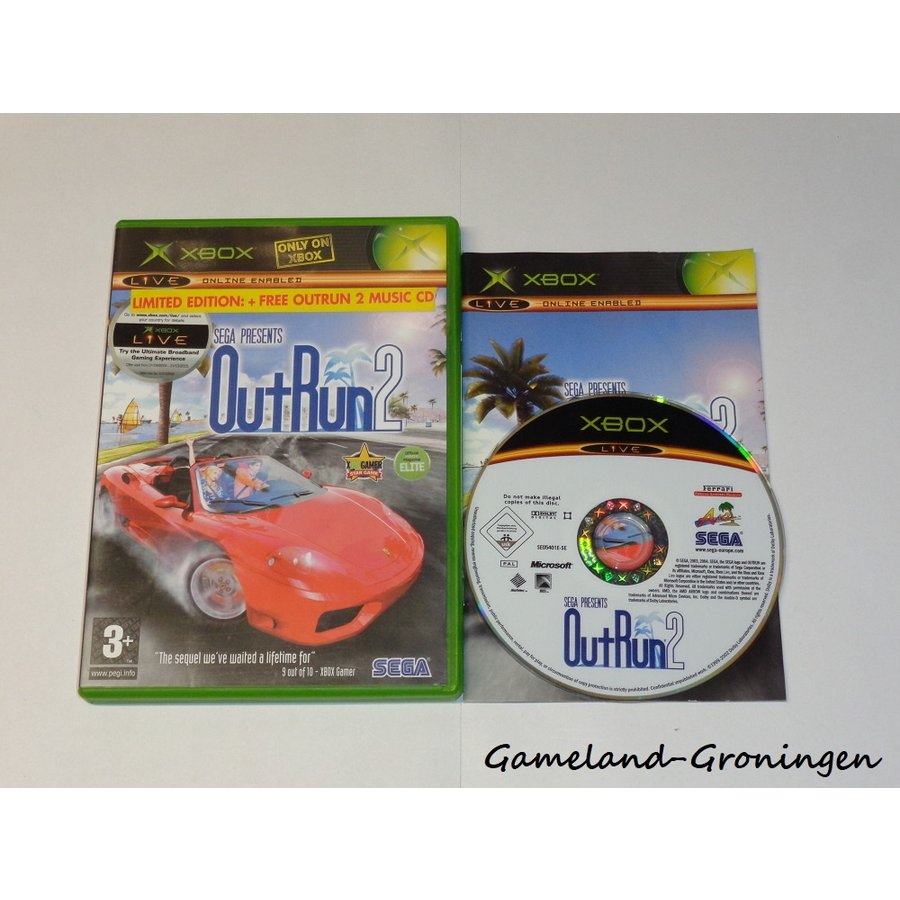 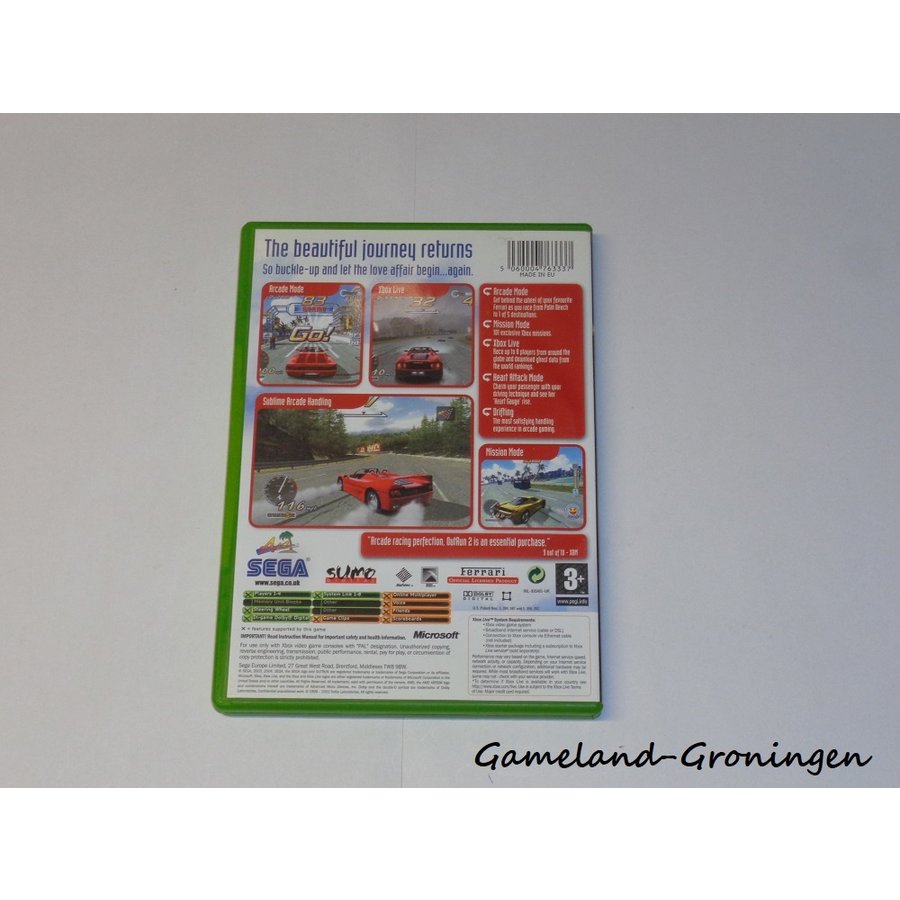 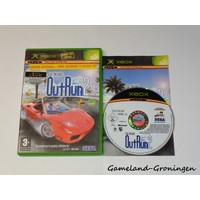 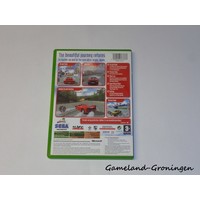 OutRun 2 stays true to the race format from the 1986 original, in which the player is behind the steering wheel of a Ferrari sports car with a friend in the passenger seat through 5 of 15 stages. As before, the player can choose their course and the soundtrack.

Sega licensed seven Ferrari vehicles for OutRun 2, including the Testarossa from the original game. As with the previous games, OutRun 2's racing isn't realistic. Drifting is emphasized to control the cars through turns. The soundtrack was completely rearranged, bringing in seven pieces of music with styles ranging from instrumental rock to upbeat ballads. The original 1986 music is also unlockable. OutRun 2 has been overhauled with 3D graphics and a local networked multiplayer system.